Supporting the humble animal which has supported humans throughout history

Why should we take care of the horse?

Good question – we believe the answer is more like why not! Anybody who has spent any time with horses knows the answer to this. The animals that come to us are not here because of anything they or their kind have done, it is because of what humans have done to them. 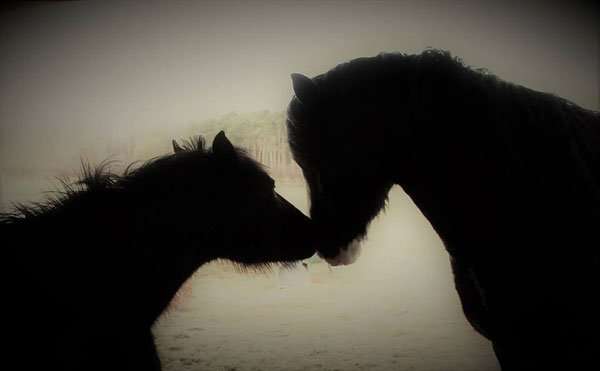 The horse has been an integral part of human history and supported our development throughout the centuries:

With the decline of feudal conflict and with better farming techniques came the need for increased transportation throughout Europe. Stable central governments established a measure of law and order and organized the resources to build and maintain roads. And when the Great Horse was no longer needed to carry the knight in shining armour, demand for his strength came from the farmer and the merchant. The horse then truly filled every niche of the economy: pulling ploughs, stagecoaches, mail coaches, wagons, heavy carts and light carts and trotting horizontal treadmills that turned the grindstones that made flour from grain. Even the first trains were horse-drawn on their steel tracks. For 2,500 years until the invention of the internal combustion engine, horses and horse-drawn vehicles were the only effective means to cover large distances, plough the soil, transport merchandise and wage war. The result, from conquest to exploration to moving goods and people, is self-evident. Perhaps humans would have explored and colonized the entire planet without horses to carry them or their provisions, but that seems doubtful. For just one species, the influence of the horse has been immeasurably profound.

(Thanks to Melinda Maidens http://mysite.verizon.net/mmaidens for the use of the “text”)

“Where in this wide world can man find nobility without pride, friendship without envy or beauty without vanity?

Here, where grace is laced with muscle, and strength by gentleness confined.

He serves without servility; he has fought without enmity.

England’s past has been borne on his back.

All our history is his industry; we are his heirs, he our inheritance.
The Horse!”.

By Ronald Duncan
written in 1954