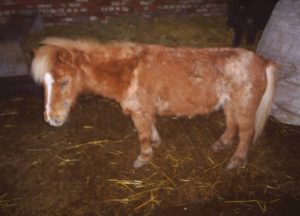 I rescued a Old AMHA Hall of Fame mare (was offered for sale in foal). She had been sold to the person as not to be bred from, as had redbag deliverys and fluxation patella. They put her in foal as soon as she was purchased. She lost the foal (redbag) then was put back in foal on foaling heat but she lot this sometime in pregnanc).

Their vet report stated nothing health-wise wrong with the mare to be underweight, so she had been starved. She came emaciated, covered in lice, scabs, and bald patchs. The second pic is month later with TLC and decent feed. Now she’s a superb nanny for youngsters and a therapy pony. 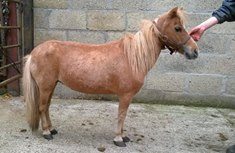