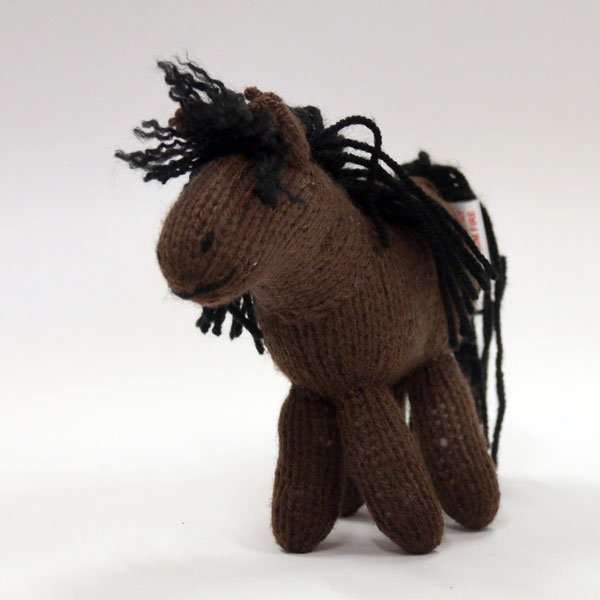 This is your chance to get a Freddie adoption AND limited edition knitted mascot of him.

Get your gift set now!

Freddie arrived at Hope Pastures in mid 2016. He’d been on our waiting list for over 18 months as his elderly owners were struggling to care for him. Freddie had been living with his father, but the older pony sadly died, so Freddie was on his own. Finally, his owners became ill and could no longer look after him. They tried to find him a home elsewhere but had no luck, and so Hope Pastures decided Freddie needed our help.

He’d never left the home where he was born which, along with the loss of his lifetime companion, made having to move a big emotional upheaval for Freddie. We made sure he was made to feel as at home here as possible, and, thankfully, he settled in quickly and well.

Once turned out with the ponies and donkeys, he quickly made friends. He’s also proved to be very quiet and safe when being handled and groomed, so has been taking part in Pony Days, group visits and children’s parties where his placid and calm nature has made him a firm favourite with both the children and our staff and volunteers.

He’s famous for his crazy forelock and wild mane – the exact opposite of him!