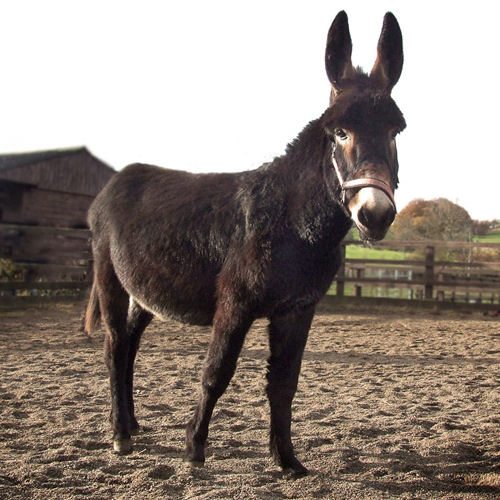 Coco is a young and very handsome chocolate brown donkey. He’s friendly and affectionate, and is also nosey. He loves watching all the goings on at Hope Pastures, and he also loves his friend Banjo.

Poor little Coco was dumped by someone who let him out of a van and left him to fend for himself. Happily, he was found by a kind person who made him safe, gave him food and water and contacted Hope Pastures, but poor Coco was very scared.

He arrived just after Banjo, and both donkeys were sent together to the equine hospital so Coco could have his “little boys’ operation”. He was very brave and having the operation helped him settle down.

Coco is now a much loved addition to the Hope Pastures family and has lots of fans who visit him regularly.